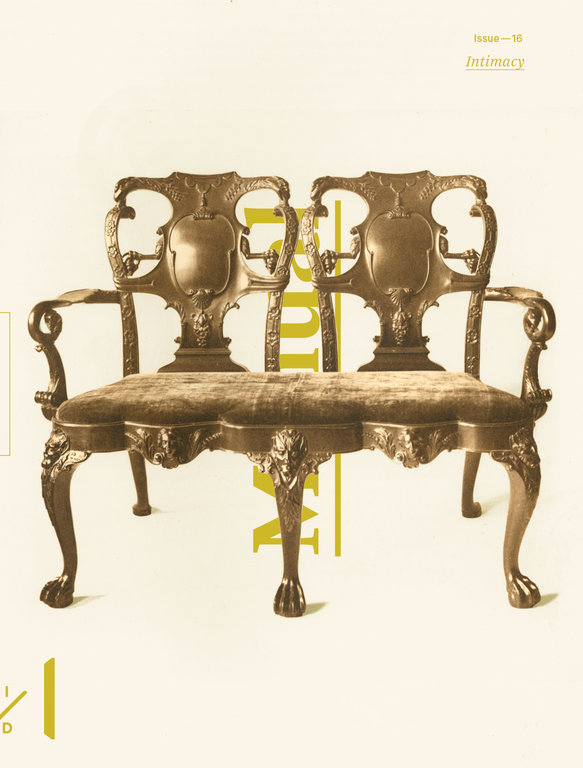 $18.00
RISD Museum
Article code 9772329919318
Manual issue 16 touches on the bonds of intimacy and its many expressions, and complements the RISD Museum exhibition Any distance between us, on view through March 13, 2022.
Share this product:

Intimacy reveals something deeply human in us. We need each other on a practical level, which means having to trust strangers. It’s analogous to what I understand prayer requires and what writing poems requires: an openness to the unknown, coupled with trust, a belief that we won’t be hurt. It’s at once akin to and the same as devotion. – Carl Phillips

From the Files
Gina Borromeo probes love and death in an ancient Greek alabastron.
Judith Tannenbaum reencounters a series of photographs of two women dancing.

Artists on Art
Christopher K. Ho and Troy Richards open up The Book of Ours.
Matt Garza meditates on an untitled portrait of a same-sex couple.

Portfolio
Familiar connections and passionate flings from across the museum’s collection.

Object Lessons
Stephen Truax lovingly documents the lineage of recent queer figurative painting
in Any distance between us.
Vanessa and Carl Jennings sing a little lullaby to a Kiowa cradleboard Dominic Molon spends time with Annika von Hausswolff’s Where everything begins and ends #2.

Manual: a journal about art and its making, a twice-yearly publication, uses the collections, exhibitions, and collaborations of the RISD Museum as an impetus for essays and interviews, artist interventions, and archive highlights. A fusion of academic arts journal and design magazine, Manual is a resource for engaged conversations about art, design, and the impact of creative making by curators, artists, scholars, and educators.

Proceeds from RISD Museum publications support the work of the museum.